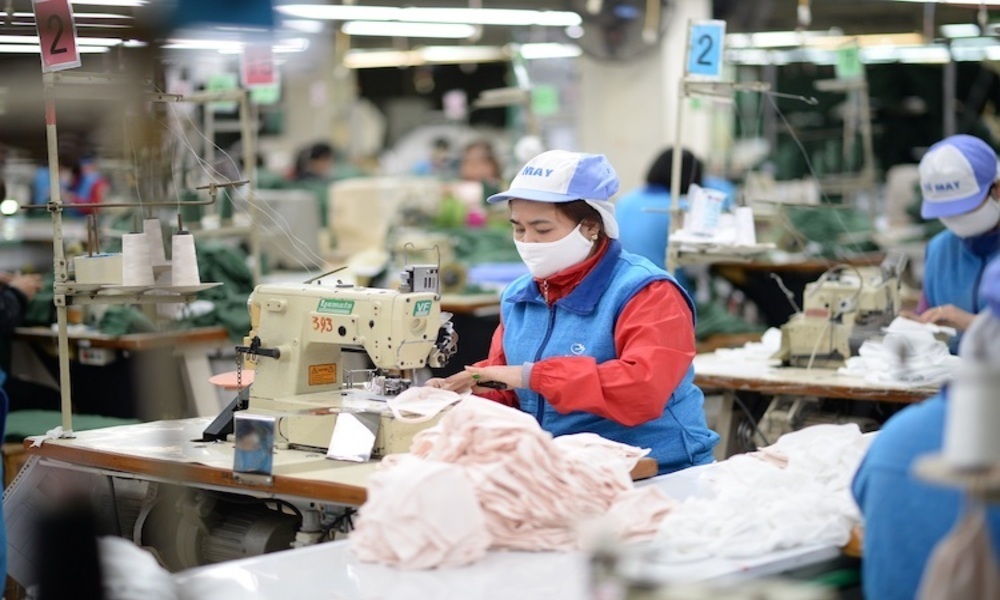 Workers at a factory of the Dong Xuan Knitting Company, a Vinatex affiliate, Hanoi.

China is set to become a major export market for Vietnam’s textile and garment industry, making up for the lull in traditional markets like Japan and the EU.

According to Vietnam National Textile and Garment Group (Vinatex), Covid-19 has rendered some of the main markets unstable. For example, the E.U. is facing the risk of a pandemic resurgence, while Japan’s economy is yet to revive. Therefore, Vietnam’s textile and garment exports to these two markets are not expected to rise this year.

Meanwhile, China has indicated in its 14th five-year plan that it will not concentrate on textile and garment production in the 2021-2025 period.

One challenge for Vinatex this year is the falling demand of office wear, which is one of the group’s main products. Amidst the pandemic, consumers prefer casual wear and sportswear. Another difficulty is that inflation is expected to rise this year, resulting in higher lending rates and increased financial expenses.

Vinatex targets revenues of VND1.5 trillion ($66 million) this year, up 5 percent year-on-year, and pre-tax profit of VND201 billion, up 37 percent. The group said it will continue to divest from ineffective companies this year.

Vietnam’s textile and garment exports in the first five months of 2021 hit $12.2 billion, up 15 percent year-on-year, according to the General Statistics Office.