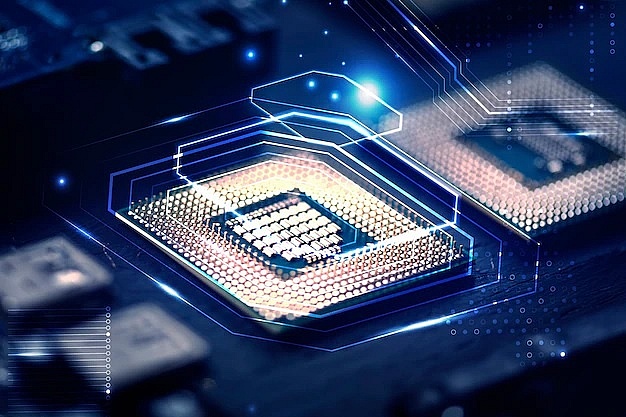 Market News 15/10/2022 vir.com.vn
Major tech companies are looking to expand in Vietnam, on the back of strong hardware export and IT figures for the country’s telecom industry so far this year.

Temasek has strong expertise in innovation, climate change, education, and healthcare, and wishes to cooperate with Vietnam on green development and digital transformation in the upcoming years.

Likewise, service provider NCS, a member company of Singtel Group, is going to develop a strategic technology centre in Vietnam as a way to expand in the country. This Singaporean firm visited Vietnam last week to sign a cooperation agreement with FPT Software to realise the plan.

Ng Kuo Pin, CEO of NCS, told VIR, “We see a lot of opportunities for digitalisation in the country. NCS is looking for partners to help enlarge our global talent pool of IT resources around the world. Digital talent is a very important topic for NCS and companies in our space because people are really the most important factor in our success. We believe that to be successful, we need to form strategic partnerships with different companies.”

Similarly, US tech giant Amazon Web Services is going to expand with a new local zone in Hanoi to boost its presence in the country in anticipation of growing local demands for cloud services. The new facility will join 16 existing ones across the US and an additional 31 worldwide.

These moves are underpinning momentum for Vietnam’s tech industry. According to To Thi Thu Huong, deputy head of the Department of Information Technology under the Ministry of Information and Communications, the telecom industry has performed well this year thanks to contributions from IT and telecoms services.

In particular, IT revenues were estimated at $72.5 billion in the first six months of 2022, up 17.8 per cent on-year. Moreover, export turnover from hardware and electronics was $57 billion, up 16.4 per cent on-year.

The improvements are attributed to growing contributions from an increasing number of Vietnamese digital technology businesses, which jumped to 67,300 in the span from only 3,422 in December 2021. Huong added that Vietnamese-made products contributed nearly 27 per cent of IT revenues, or $19.4 billion.

Better performance of the country’s biggest telecom conglomerates also added value to the local industry. They are strongly developing their digital business lines at home and partnering with more international groups to venture future into the international market.

FPT, one of the biggest brands in the local IT industry, recorded revenues of $861.7 million and a before-tax profit of $157.82 million between January and June, up 22.2 and 23.9 per cent on-year respectively. The double-digit growth mainly came from increased demand in the technology segment, especially digital transformation services and growth in the profit margins of the telecommunications segment.

Specifically, the technology sector (including domestic and global IT services) continues to play a key role, contributing 57 per cent of revenue and 45 per cent of the pre-tax profit of FPT Corporation.

The industry’s good results are also attributed to the amendment of industry regulations that increases facilitation for players. The Authority of Radio Frequency Management built the draft amendments to the Law on Radio Frequencies, while it is also working on the rules on a band auction for international mobile communications, among others. It plans to launch the auction in July next year and complete it by the end of 2023.

The authority proposed in February that the Ministry of Finance issue Circular No.11/2022/TT-BTC regulating collection, management, and use of a license fee for radio frequency use. Nguyen Phong Nha, deputy head of the Vietnam Telecommunications Authority, added that the National Assembly adopted an amendment to the Law on Telecommunications and added it to the country’s legislation plan for 2023.

Vietnam’s digital technology industry, which has a market scale of over $150 billion, is expected to be increasingly attractive to international tech firms in the months to come.

According to Alain Cany, chairman of the European Chamber of Commerce in Vietnam, the government here is currently trying to promote high-tech, sustainable growth over the low-skilled manufacturing that initially attracted investors to the country. “Vietnam’s growth plans are also in line with the European Green Deal, resulting in increased interest. With all parties working toward the same goals, there is substantial potential for future economic cooperation between Vietnam and European companies,” he told VIR.