As the political, economic and cultural center of the country, Hanoi has many advantages in developing supporting industries.

With the advantage of technology and manpower, Hanoi is poised to be a pioneer in helping  local businesses develop supporting industries, becoming an example for other localities nationwide, Dam Tien Thang, Deputy Director of Hanoi Department of Industry and Trade said.

PMTT Group has two manufacturing factory which are located in Chuong My and Hoai Duc districts. Photo: PMTT Group

Under the program, the city will form a supporting industry network, which will promote linkage among multinational corporations, manufacturing and assembly enterprises in Hanoi and nationwide, especially in the fields of automobile and motorbikes, mechanical engineering, and mobile phones.

According to Thang, this year, the city targets to have about 920 enterprises operating in the supporting industries. Of which, there will be about 300 enterprises owning international-standard production systems and products, which are able of taking part in the global production network of multinational corporations in Vietnam. 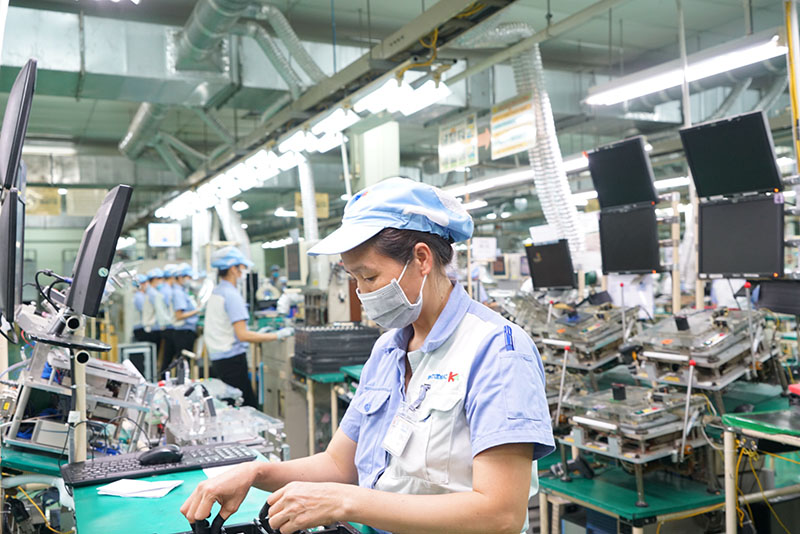 According to the Hanoi Department of Industry and Trade, a number of mechanisms and policies to assist the development of industrial and supporting industries in the locality have not been completed, especially credit policies and regulations for the implementation of the supporting industry development program and the lack of human resources for state management of the sector.

Pham Tuan Anh, Deputy Director of the Department of Industry under the Ministry of Industry and Trade, said the city needs to have comprehensive solutions for improving the capacity of enterprises in science and technology, and finance, strengthen support so that local businesses would become suppliers in the multinational supply chain.

In addition, more assistance is required for businesses to improve production management processes and digital transformation, as well as for building a database system of enterprises in the field of supporting industry and processing industry.

Earlier, in January, the Hanoi’s government approved a plan to establish an additional two to five new industrial parks (IPs) in the 2021-2025 period. The establishment of these IPs will help attract investment and boost industrial production, accelerating the industrialization and modernization process in the city.