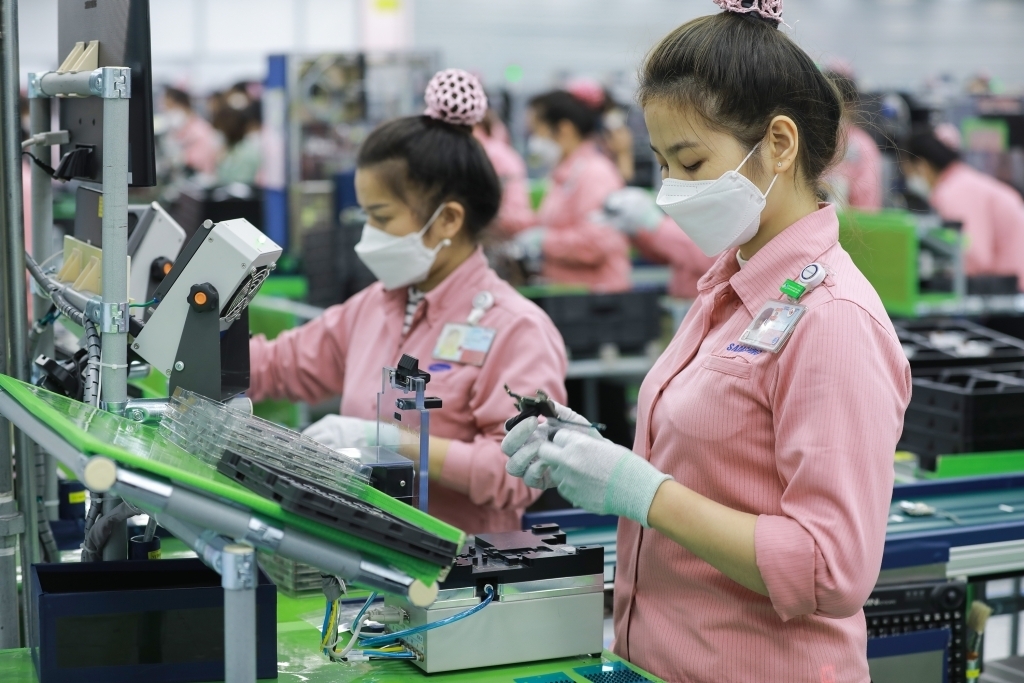 The electronics and components industry is a bright spot in Vietnam’s economy.

According to the Ministry of Industry and Trade, in the 2016-2020 period, the electronics and components industry has developed very strongly with foreign investment projects. Large corporations such as Samsung and LG have invested in building large-scale production facilities for high-tech electronic products in Vietnam.

The production activities of these two factories contribute significantly to Samsung’s revenue and profit and the local budget. These are also two of Samsung’s largest mobile phone factories worldwide.

After more than twelve years of operation in Vietnam, Samsung now has a total of six factories and is building a research and development center in Hanoi.

This is the largest US investment in high technology in Vietnam worth more than US$1 billion, making Vietnam the largest manufacturing, assembly and testing facility in Intel’s worldwide network.

Besides Samsung, Intel is also a name that helps to attract large foreign investment in the high-tech sector thanks to its advancement in technology as well as in production. In early 2021, Intel raised capital by US$475 million.

A representative of the Industry and Trade Information Center said that another famous name in the electronics field is Foxconn Technology Group from Taiwan (China), which has hundreds of branches around the world.

Foxconn Group is known as Apple’s main component supplier and manufacturing partner, specializing in the production of computer-related equipment, electronic goods, information technology. Apple products are outsourced and manufactured in Vietnam such as AirPods, Apple Watch, iPad and Macbook.

It would be remiss not to mention the strong development of the electronics and components industry with foreign investment projects without mentioning that Canon Vietnam Co., Ltd. is a member of Canon Corporation (Japan). The main products are printers.

The representative of the Industry and Trade Information Center mentioned Goertek Vina Science and Technology Co., Ltd., a member of Goertek Technology Group from Hong Kong (China) specializing in research and production of technological equipment. Goertek’s first project in Vietnam was in 2013 in Bac Ninh. This group is starting to build another factory in Nghe An.

It can be seen that the electronics and components industry in Vietnam, although newly formed, has grown very strongly. Vietnam has risen to the top of the group of key electronics exporters, from 47th in 2001 to 11th in 2020.

The continued expansion of projects will contribute to promoting the development of the electronics industry and attracting new investors to the domestic market in 2022.