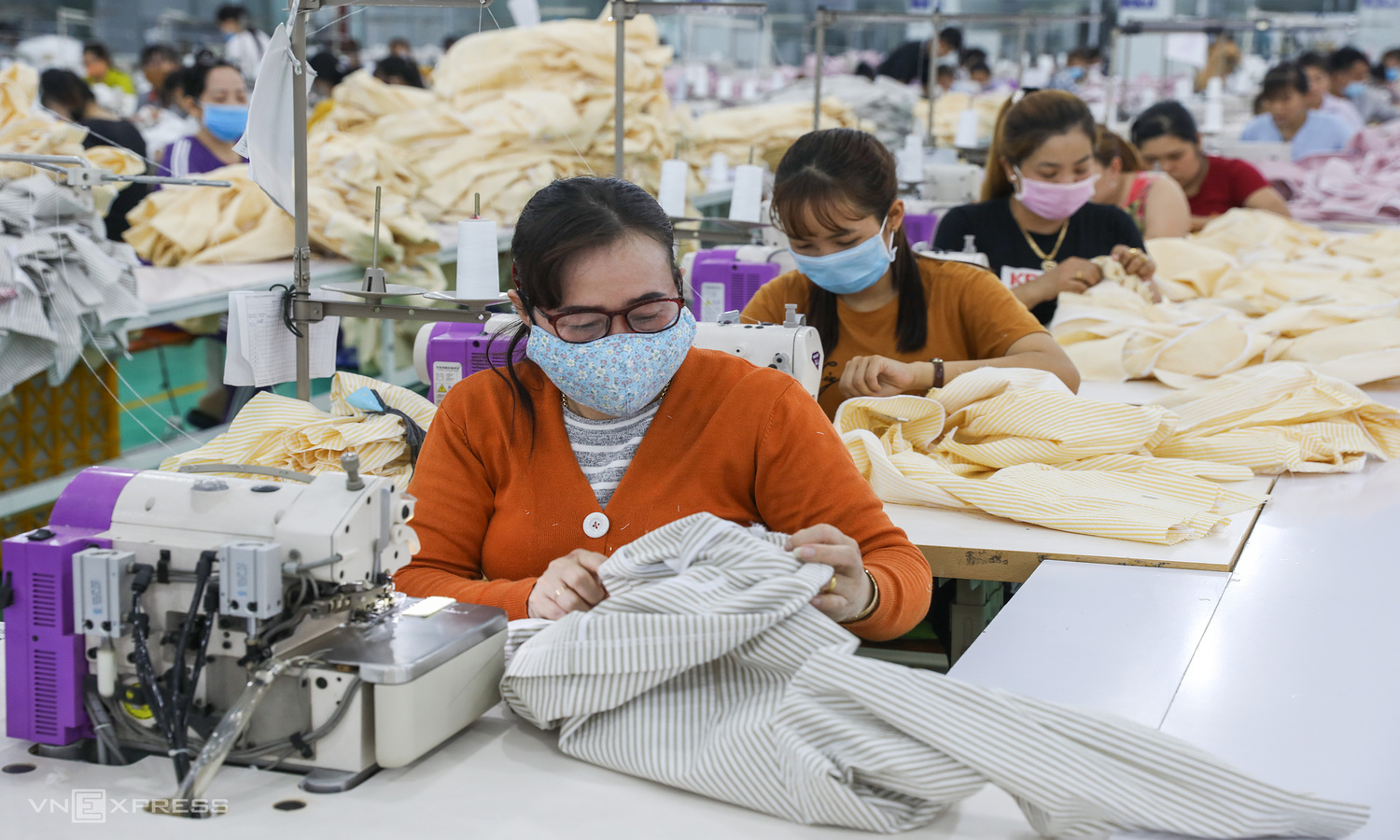 Hiring employees has become difficult for many garment and footwear makers with many workers returning to their hometown and choosing not to come back.

Many employees have also quit their jobs and turned to other vocations like online selling, industry insiders say.

Workers in a textile factory in Tan Do Industrial Park in the southern province of Long An.

The textile and footwear industries are recovering after a Covid-19 impacted year. Textile exports in the first quarter rose 1.4 percent year-on-year to $7.21 billion, while that of footwear rose 14.8 percent to $4.79 billion, according to the General Department of Vietnam Customs.

However, even as the number of orders rise, textile and footwear companies are struggling to find workers. The average salary that companies offer their workers in HCMC and the southern province of Binh Duong ranges from VND5-12 million ($217-512) per month, along with lunch and social insurance. A textile company has said it is not able to find workers even for salaries of VND15 million per month.

“Workers have quit their jobs in HCMC, returned to their hometowns and found jobs there. Many provinces are now focusing on industrial development, thus there are plenty of opportunities for workers in their hometowns,” said Pham Xuan Hong, Chairman of the HCMC Association of Garments, Textiles, Embroidery and Knitting (AGTEK) said.

Pham Van Tuyen, deputy director of Binh Duong’s Department of Labour, Invalids and Social Affairs, told VnExpress that textile and footwear makers in the province need to hire around 11,000-13,000 workers.

“But companies are unable to recruit enough workers to meet the production demand,” he said.

Tuyen said the reasons for companies struggling to find employees include rising demand for labour as many new enterprises enter the industries, and people having other choices than being factory workers.

“They opt to be online sellers instead”, said Nguyen Thi Tuyet Mai, deputy general secretary of the Vietnam Textile and Apparel Association (VITAS).

Vietnam’s textile industry now has 7,000 enterprises with three million workers. In the first 9 months of 2020, around 90 percent of textile companies reduced working hours, while 11.1 percent laid off 20 percent of their workers, according to VITAS.

Now that the industry is reviving and the number of orders are rising, the companies are fighting with other sectors to hire workers.

“Foreign investment is pouring into Vietnam, thanks to the free trade agreements. Many enterprises have been established and the demand for workers is growing, thus it is threatening the textile and footwear manufacturing industries, which are labour intensive industries,” Mai said.

Localities are carrying out several measures to address the shortage of workers.

The Binh Duong Department of Labor, Invalids and Social Affairs has requested the provincial Employment Service Center to publicize recruitment news, ensuring that the employers and job seekers are connected in the fastest and most effective way.

Meanwhile, Hong recommends that both industries focus on automation to replace workers, besides implementing training programs for workers to improve productivity.

“Another solution is to negotiate with the workers to work overtime. But the overtime work has to comply with Vietnam’s labour laws,” he added.