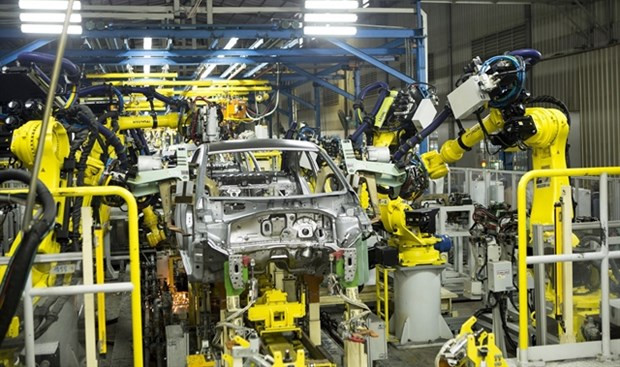 Market News 30/10/2022 vietnamnet.vn
Most Vietnamese firms operating in supporting industries are technologically and managerially underdeveloped, according to insiders.

Pham Thanh Tung, a representative from the Industry Agency, Ministry of Industry and Trade, remarked that supporting industries were composed of roughly 5,000 firms in 2021, which operate predominantly in textile, footwear and mechanical engineering sub-industries.

About 88% of the firms are small- and medium-sized. The proportion of those engaging in high value-added segments was relatively low, with 19% for textiles and 33% for electronics.

Around 20% have been certified as ISO 9000 compliant and 9% as ISO 14000 compliant. One-fifth claimed to follow 5S Principle, whereas the figures for other principles, including Lean and 6-Sigma, stood at roughly 2%.

Over 30% said they employ manually-operated equipment, 50% use semi-automatic, 10% operate automatically and the rest engage robots to run their production lines.

“Those figures indicate that firms in supporting industries are of relatively low ability in terms of management and technology,” he said.

The Vietnam Chamber of Commerce and Industry was concerned that domestically-manufactured components cater for a small proportion of industrial production. In the home electronics industry, the figures are just roughly 30%.

The Vietnam Automobile Manufacturers Association remarked that every automobile assembled in Vietnam is composed of around 30,000 components, but 80% of which come from abroad.

Remarkably, the country has to import between 35 billion USD to 50 billion USD of auto components annually.

According to a survey by the General Statistics Office, firms in supporting industries admitted having no advantages in terms of adaptability, R&D, managerial systems and operational strategy.

However, when asked about which policies they were expecting from the Government, they pointed to tax cuts and administrative supports, instead of favourable policies that would help them improve the above-mentioned factors.

Such a disparity between what they need and what they want has posed a serious challenge to policy formulation and implementation. Meanwhile, the Government’s support programmes were accessible to just around 17% of the firms, a relatively limited range.

Choi Kyung-soo, Deputy Director of the Procurement Centre, Samsung Vietnam, asserted that his corporation is sparing no effort to build an ecosystem for supporting industries in Vietnam.

To that end, Samsung has cooperated closely with Vietnamese authorities in various programmes to boost the industries’ growth. The corporation has dispatched its specialists to domestic firms to help the firms with training and give them advice on competitiveness enhancement.

“With a business philosophy of co-prosperity, Samsung’s support for domestic firms will continue unabated in the future,” he said.

He also said Samsung will continue to expand the cooperative programmes and send out more specialists to improve the technological landscape of the country. Samsung hopes that domestic firms would avail of the support to improve their operation.

Do Thi Thuy Huong, Vice Chairwoman of the Vietnam Association for Supporting Industries, asserted that it does not matter how large the proportion of domestically-manufactured components are used in industrial production, but how much technological values they add to value chains.

“Adding high technological values to their products is what firms should aim for,” she said./. VNS