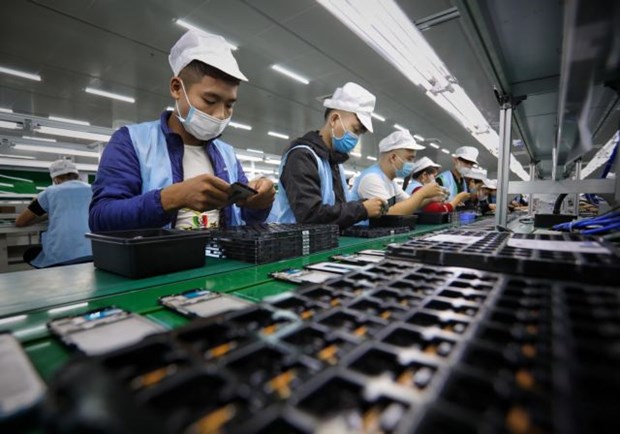 The Ministry of Industry and Trade (MoIT) has set a target that the supporting industry’s capacity will meet 70 percent of domestic demand by 2030.

Hanoi (VNA) – The Ministry of Industry and Trade (MoIT) has set a target that the supporting industry’s capacity will meet 70 percent of domestic demand by 2030.

A production line of electronic components at Suntech Vietnam Technology Co Ltd. (Photo: VNA)
The target is part of a draft project on restructuring the industry and trade sector for 2021-2030.

The draft also aims to turn Vietnam into an industrialised country with highly competitive industries, and among the world’s top 15 exporters by the end of 2030.

The country’s immediate target is to develop 20 products with strong international brands, to strengthen its position in the global supply chain, and to bring the localisation of production to 45 percent.

The country’s supporting industry, which remained underdeveloped and overly reliant on imports, has been identified as a major weakness for Vietnam, especially in key industries such as electronics, textile, leather and footwear, manufacturing and automobile.

The effect has been made painfully clear since the pandemic as Vietnam’s top suppliers of parts, including China, the Republic of Korea and Japan, were hit hard by COVID-19, causing severe disruptions to production in Vietnam.

In addition, over-reliance on outside supplies has crippled the development of indigenous supporting industries while cutting deep into domestic firms’ profitability. For example, the Southeast Asian economy relies on China and the Republic of Korea for as much as 90 percent of the input materials for textile, footwear and electronics. Experts have long raised concerns over the country’s inability to contribute more to product value, putting it at high economic risk in the event large international corporations decided to move production elsewhere. 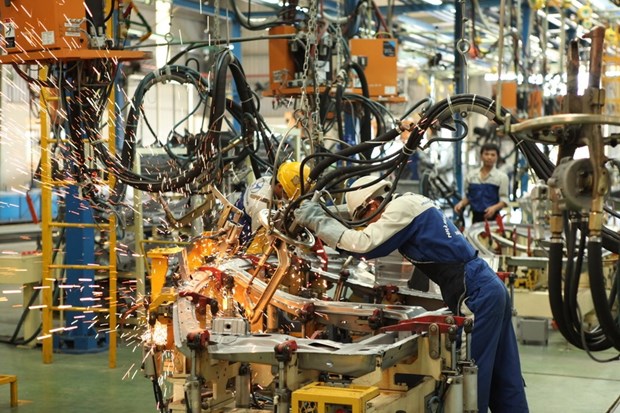 In order to address the issue, the MoIT has proposed a restructuring plan for Vietnam‘s industries with a focus on the development of supporting industries. According to the ministry, significant progress had been made in the 2011-20 period with industrial production accounting for around 27.45 percent of the country’s total GDP annually.

The ministry advised the government to focus on qualitative development instead of quantitative and to take measures to improve productivity, one of the main weaknesses of the economy. The ministry said by the end of 2030, industrial production is to account for 40 percent of total GDP, manufacturing value added per capita over US$2,000 with a 45 percent contribution from high-tech industries.

The ministry said among the top priorities for the next ten years is how to restructure many State-own enterprises under their own management, which have been underperforming and causing losses in the billions of dollars for decades now./.