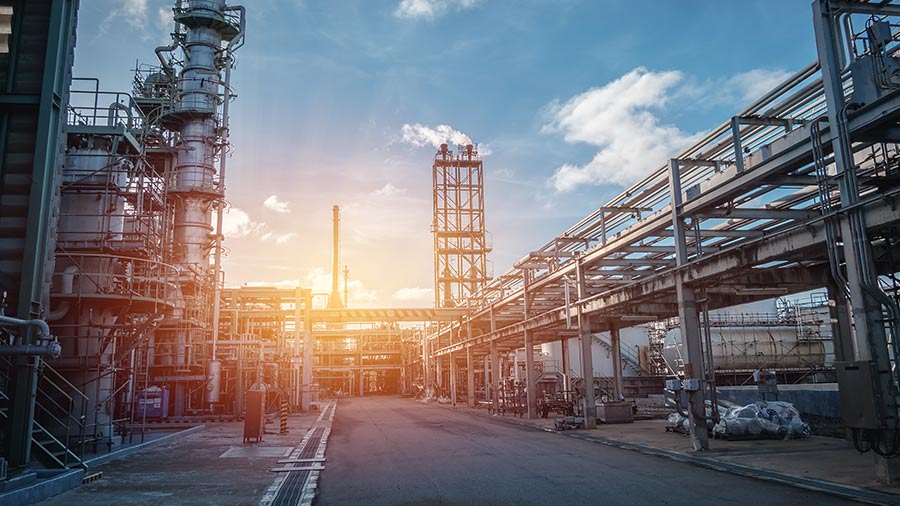 The competition in the Vietnamese automobile market is increasingly fierce, being fuelled by various bilateral and multilateral trade agreements such as the Comprehensive and Progressive Agreement for Trans-Pacific Partnership, the Regional Comprehensive Economic Partnership, and the EU-Vietnam Free Trade Agreement. At the regional level, Vietnam has removed import tariffs on cars from ASEAN countries since 2018 as part of their ASEAN Free Trade Agreement commitments. 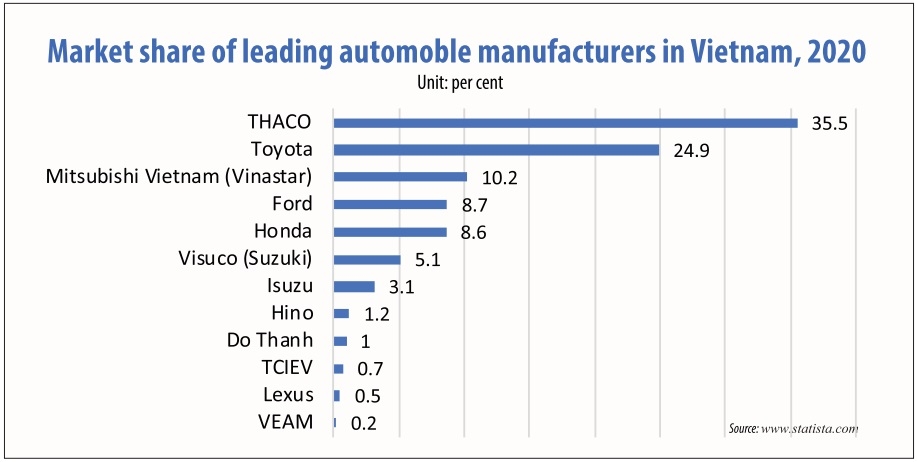 The removal of market barriers as a result of Vietnamese commitments under these agreements, coupled with a fast-growing middle-class, promote Vietnam to become a promising market for major automobile manufacturers from Japan, South Korea, the United States, and the European Union.

However, domestic automotive production faces many disadvantages such as a low localisation rate, which makes the prices of domestically manufactured and assembled cars higher than imported ones. Vietnam’s automobile production and assembly have the lowest localisation rate – specifically, trucks under seven tonnes have an average rate of over 20 per cent; passenger cars with 10 seats or more is 45-55 per cent; and personal cars of nine seats is 7-10 per cent (except for Toyota’s Innova car which reached 37 per cent). Vietnam’s localisation rate is the lowest compared to ASEAN countries such as Thailand, Indonesia, and Malaysia.

According to the Ministry of Industry and Trade, Vietnam boasts over 50 automotive plants with 18 foreign-invested enterprises and 38 domestic companies. The three major auto manufacturers of Truong Hai Auto Corporation (THACO), Toyota, and Mitsubishi Vietnam account for more than 70 per cent of the market share. THACO ranks first with 35.5 per cent market share, followed by Toyota on 24.9 per cent, and Mitsubishi at 10.2 per cent.

It can be seen that Vietnam has an oligopoly automobile market. The first characteristic of this market is it has few major players. One of the greatest barriers to entry in the automobile industry is the extremely high amount of capital required to purchase physical manufacturing plants and raw materials, as well as to hire and train employees. It takes a great amount of capital, not only for the manufacturing process but also to keep up with the latest innovations in order to compete with the industry leaders.

Therefore, the number of automobile manufacturing and assembly enterprises is stable, there are almost no new enterprises entering the market. In the field of automobile import and distribution (including new and used cars), the number of enterprises participating in this market is quite large, at over 500 enterprises. Although the concentration level in this field is quite high, the level of competition in the market is also high because domestically manufactured cars have to compete directly with a similar type of imported auto.

In order to increase market power, many players in the automotive market may plan to engage in economic concentration, mainly in the form of joint ventures. This is an ideal way to effectively participate in the regional and global value chain of automotive production.

This March, TC MOTOR of Thanh Cong Group and Hyundai Motor Group officially entered into a joint venture to distribute Hyundai-branded passenger cars in the Vietnamese market. This joint venture promises to introduce new, high-tech products that are most suitable for the domestic market, and also aims to penetrate other regional markets.

As the concentration level of the automotive industry is relatively high, it is likely that the economic concentration in this sector would be scrutinised carefully by the competition authority if the notification thresholds prescribed in the Law on Competition are met. Having said that, joint ventures generally bring many positive impacts on development of the automotive industry that would be taken into account by the competition authority. The positive factors would be considered on the perspectives of competition law in term of assessing economic concentration includes three points.

First is whether or not the economic concentration will promote economic efficiency in terms of size and resources of the locality, industry, sector, and society, in coordination with the objectives set out in the government’s or prime minister’s approved strategy and planning for the development of industries and sectors.

Next would be the level of application of scientific advances and technological improvements by the enterprise after the economic concentration in order to improve productivity, quality, and business efficiency in order to reduce costs, improve the quality of products and services, or otherwise serve the interests of consumers and the community.