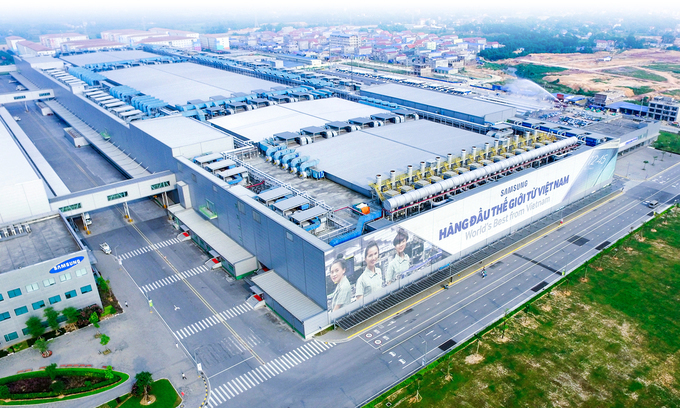 Apple, Samsung and Xiaomi have moved their assembly lines out of China to Vietnam, as they seek to reduce dependence on the country.

The country offers manufacturers access to the 10-member Association of Southeast Asian Nations (ASEAN) free trade bloc and preferential trade pacts with countries throughout Asia and the EU as well as the U.S., according to Nikkei Asia.

Apple Inc. has 11 factories run by its Taiwanese partners in Vietnam.

Four of them, Foxconn, Luxshare, Pegatron, and Wistron, are expanding.

A few weeks later Apple moved its iPad production out of China and to Vietnam, marking the first time the iconic tablet was assembled in Vietnam.

Apple is not the only smart device manufacturer expanding operations in Vietnam following China’s Covid-19 lockdowns.

South Korea’s Samsung has just completed construction of a US$220-million research and development center in Hanoi, its largest in Southeast Asia.

Its flagship phones Galaxy Z Fold and Z Flip are produced in the country.

China’s Xiaomi also moved part of its production to Vietnam, with the first batch of its ‘made-in-Vietnam’ devices debuting Tuesday.

They are made by DBG Technology, a subsidiary of Hong Kong’s DBG Electronics Investment Limited, at a newly built $80-million factory in the northern Thai Nguyen Province.

Comparatively cheap labor is one of Vietnam’s most prominent advantages, Nikkei Asia said in its report, pointing out that Chinese workers earn CNY7,000 ($1,044) a month, twice as much as Vietnamese.

But Vietnam’s land cost advantage is diminishing, while factories are relying on parts and raw materials from China.

Industrial land rent in HCMC surged to a record high of $198 per square meter followed by Hanoi at $140 and Da Nang City at $80, according to a report by real estate consultancy Cushman Wakefield.

Average land rentals in southern industrial parks in the first quarter was $120 per square meter, a 9 percent increase from a year earlier, commercial real estate services company Jones Lang Lasalle reported in May.

Earlier this year Vietnam’s production was by supply chain delays due to China’s pandemic lockdowns.

Yang Zhongwei, production manager at a Chinese router parts maker’s subsidiary in Vietnam, told Nikkei that clients had threatened to cancel orders as shipments from China were delayed.

Vietnam’s weak industrial base and higher costs are other hurdles, and so while his company is considering switching to local suppliers it has yet to manage to do so, he said.

Carbon taps for printers cost 21 yuan per roll in Vietnam, three times the price on Alibaba’s Taobao in China, he pointed out.