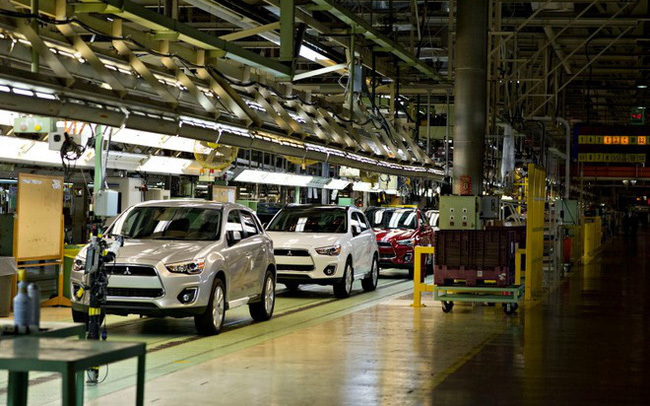 Instead of reducing taxes and fees, the State needs to set reasonable policies to develop automobile supporting industries, experts say.

Reports to the government from the Ministry of Industry and Trade (MOIT) show that the automobile industry has made nearly no progress over tens of years. The amount of locally made content is still much lower than the expected level and lower than that in other regional countries.

MOIT, in a recent document to the government, asked to reduce the vehicle registration tax and luxury tax by 50 percent for domestically manufactured cars. The Ministry of Finance (MOF) has rejected the proposal, saying this will violate the WTO rules on non-discriminatory treatment.

MOIT’s proposal was not applauded by experts, who pointed out that the proposal and other preferences for automobile enterprises will only bring benefits to foreign manufacturers, not the domestic automobile industry.

Meanwhile, foreign invested automobile manufacturers keep complaining about the difficulties they meet in the Vietnamese market.

In its latest document to the Ministry of Planning and Investment, Honda Vietnam said that because of Covid-19, the manufacturer found it difficult to restore production as planned, and that Honda Vietnam may shift from manufacturing to importing cars for domestic sale.

Nguyen Khac Trai, a former lecturer at the Hanoi University of Science and Technology, commented that if Vietnam gives many incentives, this would only benefit FIEs, and this is not the key to automobile industry development.

For smartphones, chips are the ‘soul’ which determine the smartness of products. As for automobiles, the ‘soul’ components are the engine and powertrain, not plastic components or tires.

Trai believes that the state should offer incentives to develop supporting industries that make important components of cars. Thus would reduce production costs and ease reliance on foreign component suppliers.

He said the parts of engine and powertrain system are made of special alloys which have special characteristics. Therefore, it is necessary to develop tier-3 and tier-4 supporting systems.

Trai stressed that the government should not give huge incentives to many, but only selectively to some units that make key parts of the car.