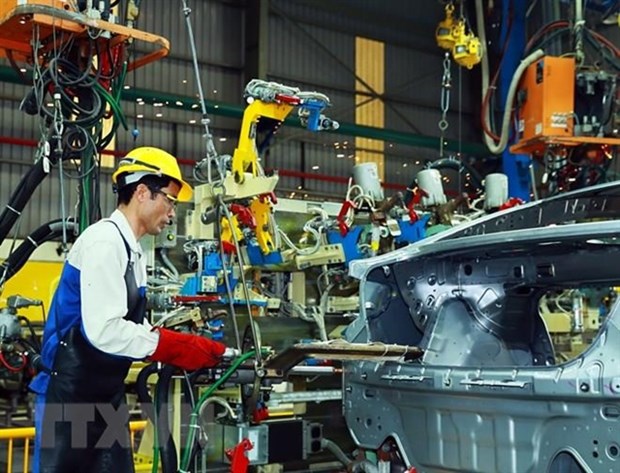 Limited market capacity and price differences between domestically produced cars and imported cars are the two biggest bottlenecks for the local auto industry, according to the latest report from the Ministry of Industry and Trade (MoIT).

Limited market capacity and price differences between domestically produced and imported cars are the two biggest bottlenecks for the local auto industry, according to the latest report from the Ministry of Industry and Trade (MoIT).

According to the ministry, the local auto market was one third of the size of Thailand’s and one quarter of Indonesia’s. It added that the local auto industry is scattered with many different assemblers and models. This has made it difficult for firms which manufacture, assemble, and produce components and spare parts to invest and develop in means of mass production.

Meanwhile, GDP per capita in Vietnam has not reached a level whereby the majority of people can afford to own cars. This, coupled with weak traffic management, has restrained the demand for new vehicles.

The cost of producing new cars in Vietnam is also 10-20 percent higher than other countries in the region. This puts Vietnamese vehicles at a disadvantage compared to imported completely built up (CBU) vehicles (vehicles imported fully assembled) from other ASEAN members.

Notably, components and spare parts for automobile production and assembly are mostly imported from abroad. This incurs the additional cost of packaging, transportation, storage, and insurance, raising the price of the domestically produced and assembled products.

To overcome these issues, MoIT is coordinating with relevant ministries, branches, and agencies to implement a number of solutions. The goal is to create more opportunities in the local market for Vietnamese made auto products. This includes developing automobile infrastructure, such as roads and motorways, in big cities like Hanoi and HCM City.

The ministry has also suggested other solutions such as preferential loans to buy domestic cars and adjusting taxes and fees related to automobile purchases throughout the value chain to facilitate local automobile production and consumption.

It will also continue maintaining and effectively implementing its programme of preferential import tax rates for components, spare parts for automobile production, and assembly activities, as specified in decree No. 57/2020/ND-CP.

Research has also been conducted on amending regulations around excise tax toward applying preferential policies for cars that help enterprises to increase their output and add value to products produced domestically.

The Vietnam Automobile Manufacturers Association (VAMA) has said its members sold only 296,634 vehicles in 2020, down 8 percent from the previous year.

Last year, decree No 70/2020/ND-CP, saw a 50 percent reduction in registration fee collection for domestically manufactured and assembled cars up to the end of 2020. As a result prices decreased by between 15 million VND and nearly 300 million VND. This helped warm up the auto market after a long, gloomy period as a result of the COVID-19 pandemic.

The Ministry of Finance plans to update production numbers related to domestic automobile manufacturing and assembling enterprises. These plans will include details of the impacts of the COVID-19 pandemic and outline a strategy to coordinate with other ministries and sectors. Research, advice, and reports will be distributed to relevant authorities on the appropriate policies to promote the development of the domestic automobile industry.

The provincial Party Committee of Hai Duong, where Ford Vietnam is headquartered, recently sent a proposal to remove obstacles for automobile manufacturers to the Prime Minister.

The committee noted that the auto industry accounted for three percent of the country’s GDP. It asked the government to extend the tax incentive program for local components. This would help to mitigate the impact of CBU imported cars as a result of recently signed free trade agreements.

In response, Deputy Prime Minister Le Van Thanh assigned the MoF with coordinating with relevant agencies in reviewing and evaluating the overall implementation of the programme.

Thanh requested the team to study and propose amendments to enhance the effectiveness of the programme including the possibility of continuing to extend the programme after 2022./.