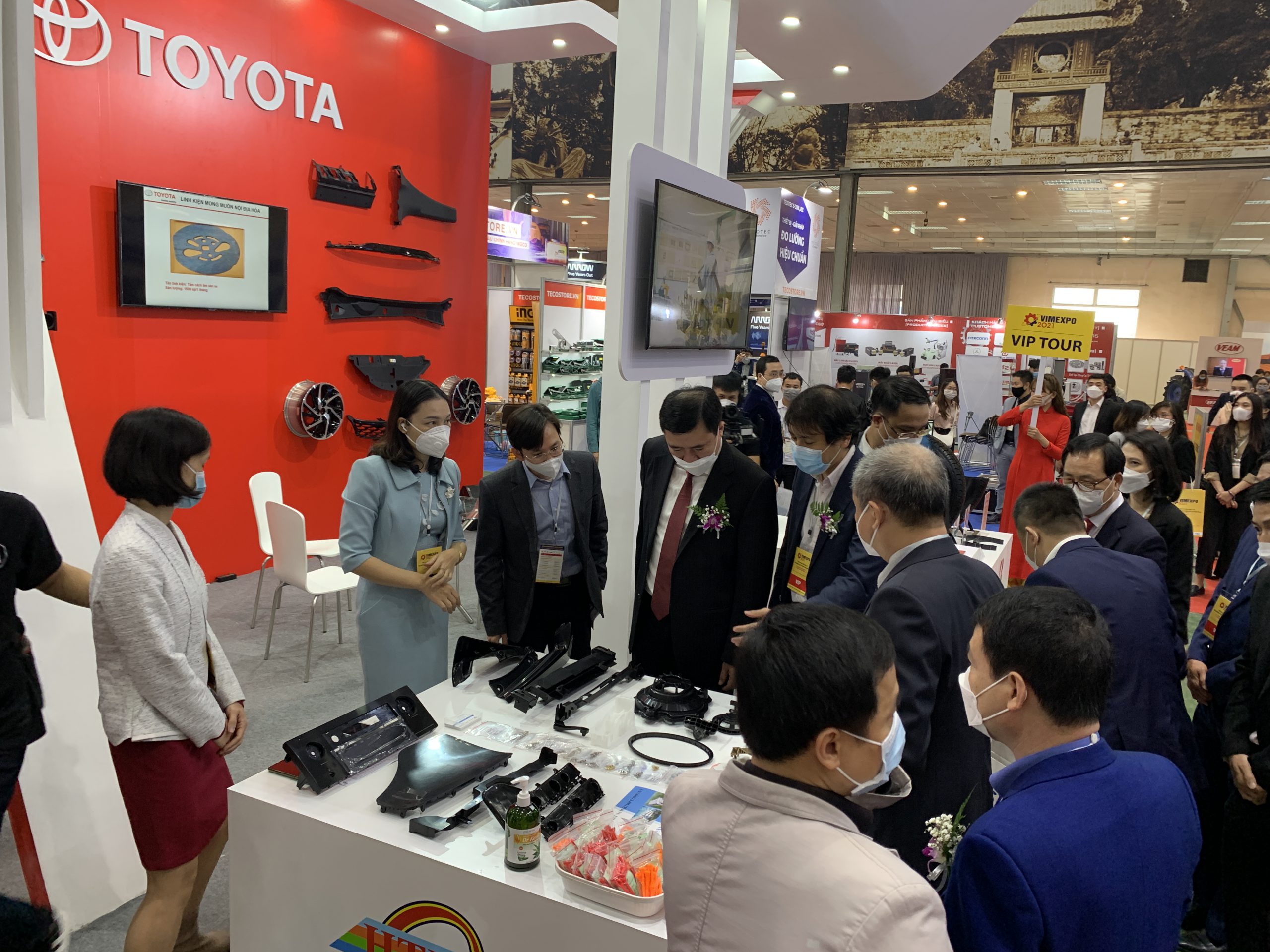 Vietnam’s localization rate at 36 percent is lower than China and India with low rates of procuring local components. Currently, only about 500 firms in Vietnam are engaged in the supporting industry production, accounting for about 0.2 percent of approximately 1 million enterprises. These are concerning figures when compared to other Southeast Asian countries.

In the current context, multinational firms can diversify and source inputs from several locations to reduce reliance from a single specific area and further help to lower costs.

Supporting industries in Vietnam attracted a substantial percentage of FDI coming into industrial parks (IPs) in the Southern provinces and cities.

With several free trade agreements (FTAs), Vietnam has established a favorable trade environment for an influx of investment as investors seek preferential tariffs to reduce costs.

The capability for supporting industry businesses in the field of mechanical engineering remains limited. Manufacturing linkages in sectors such as automobiles and motorcycles exist in a number of significant industries in the mechanical engineering industry. However, this link is still unstable because the majority of raw materials and accessories are still imported. Even large brands mostly assemble in Vietnam for on-site consumption.

According to the Vietnam Association of Mechanical Enterprises, the mechanical engineering business in Vietnam would be worth around US$310 billion between 2019 and 2030. Further, with Vietnam’s involvement in several FTAs and multinational corporations’ ability to shift manufacturing from China to other countries, it is seen as a promising development potential for Vietnamese mechanical industries in the coming years.

The Ministry of Industry and Trade (MoIT) continues to enhance and improve the operational efficiency of two technical centers that assist industrial growth in the North and South. The centers are actively collaborating with international firms in Vietnam, such as Toyota, Mitsubishi, and Canon, to identify potential suppliers to participate in these corporations’ value chains.

The supporting industries for electronics account for over 80 percent of the value. Despite the impact of lockdowns, restrictions, and disrupted supply chains, the electronics market witnessed several large enterprises in the electronics industry continuing to invest or expand production in Vietnam, especially in Northern provinces such as Bac Ninh, Hai Phong, Bac Giang, Thanh Hoa, and Da Nang.

Samsung has already invested over US$17.5 billion in Vietnam, accounting for more than 20 percent of Vietnam’s total export turnover through its main products of high-end mobile phones and electronic components.

The supporting industry in the electronics sector is being given priority as part of Vietnam’s industrial development strategy period from 2025 to 2035. To deal with labor quality, the government has launched supportive programs to train workers and domestic firms in supporting industries and facilitate the intra-ASEAN movement of labor. The goal is to build the electronics industry into a key industry and create a support base for other industries to develop. It is forecast that Vietnam will increase the share of global computer electronics exports to nearly 4 percent by 2025.

Vietnam’s automobile industry has grown significantly in recent years thanks to the country’s fast-growing middle class. The main auto supply markets for Vietnam in 2021 were Thailand and Indonesia; these two markets together account for 82.3 percent of the country’s total auto imports.

However, the production and assembly of automobiles is at a basic level of assembly with specialization between producing and assembling still lacking.

The reason for the weakness is partly due to the limited level of technical technology, which does not meet the strict requirements of joint ventures. Another reason is the lack of production specialization, leading to components produced in Vietnam costing two to three times more than other countries in the region.

In addition, the production and business environment of the automobile industry lacks favorable policies with certain limitations. For example, for credit policies, FDI enterprises operating in the same supporting industry often borrow from the parent company, or from a foreign bank with an interest rate of only 1 percent to 3 percent, while Vietnamese enterprises must borrow interest rates of 8 to 10 percent.

In order to develop the supporting industry in the automobiles sector, Vietnam has taken steps to solve two bottlenecks: dependence on imported components and establishing preferential policies and supporting the domestic automobile industry.

Further, Vietnam’s automobile industry is rising thanks to preferential and promotional policies from the government such as: reducing excise tax, preferential import duty of components, solutions to promote the development of supporting industries (August 2020), tax incentives for automobile manufacturing & assembly, and approving the “Automotive industry development strategy to 2025, with a vision 2035”.

According to the MoIT, a number of high-tech projects were implemented between 2011 and 2020, supporting businesses in mastering new high-tech innovations and creating considerable socioeconomic advantages.

With investments in chip and smartphone production and R&D from Samsung, Microsoft, Intel, and LG, Vietnam has emerged as an investment hub in the high-tech industry. The prime minister issued Decision No.10/2021/QD-TTg in March 2021, outlining the criteria for defining high-tech firms, which became effective on April 30, 2021. This legislation applies to firms in Vietnam that manufacture high-tech items or provide high-tech services.

Vietnam has set a goal of mastering a number of high technologies in order to create an ecosystem of high-tech firms and put them into production in order to boost the export value of high-tech goods by 2030.

According to the Prime Minister’s newest agenda, Vietnam plans to establish 500 high-tech industries and 200 farm companies employing hi-tech applications by 2030. The MoIT has approved the framework of a program to create a number of high-tech industries as per Decision 1992/QD-BCT. The decision seeks to solidify the objectives of the Prime Minister’s decision on a national high-tech development program by 2030.

Supporting industries are critical in restructuring the economy, improving worker productivity and skills, and enhancing the competitiveness and quality of Vietnamese goods.

As Vietnam explodes in popularity for China one plus investors and given recent changes in global value chains Vietnam’s supporting industry has significant growth potential if the country adopts consistent, timely, and appropriate policies.